`The world is only so much real as the image of a person in a mirror ́.

What is real? What is illusive? Visual illusions and mirroring do exist, but they are arduously to understand

for our brain. They are not touchable. Our cognitive faculty gets irritated. If we look at objects

from different perspectives they seem to change their shape, but they are still the same. Also mirroring

or reflection can distort and create different images of objects. But does this at the same time mean

that they are not real? Is an illusion a falsehood or just an unexpected point of seeing objects, lines

and shapes? Are the images at the moment, when they get realised by a person, as real as the object

itself? They exist in our visual perception.

Sometimes our visual perception can be dazzled, because of optical illusions. Carolin Holzhuber‘s aim

was to create a design for footwear that transforms this disturbance of our understanding into real,

touchable objects. Some meant to be as sculptures and others as wearable shoes.

Furthermore Carolin was looking at medical areas and did research about conjoined twins.

Conjoined twins are identical twins joined in utero. Fascinated by the different types of conjoined

Conjoined Illusion. Parasitic twins: Twins that are asymmetrically conjoined, resulting in one twin that is

small, less formed, and dependent on the larger twin for survival.

Craniopagus: Fused skulls, but separate bodies. These twins can be conjoined at the back of the

Craniopagus Parasiticus: Like Craniopagus, but with a second bodiless head attached to the

and ways how to connect them. 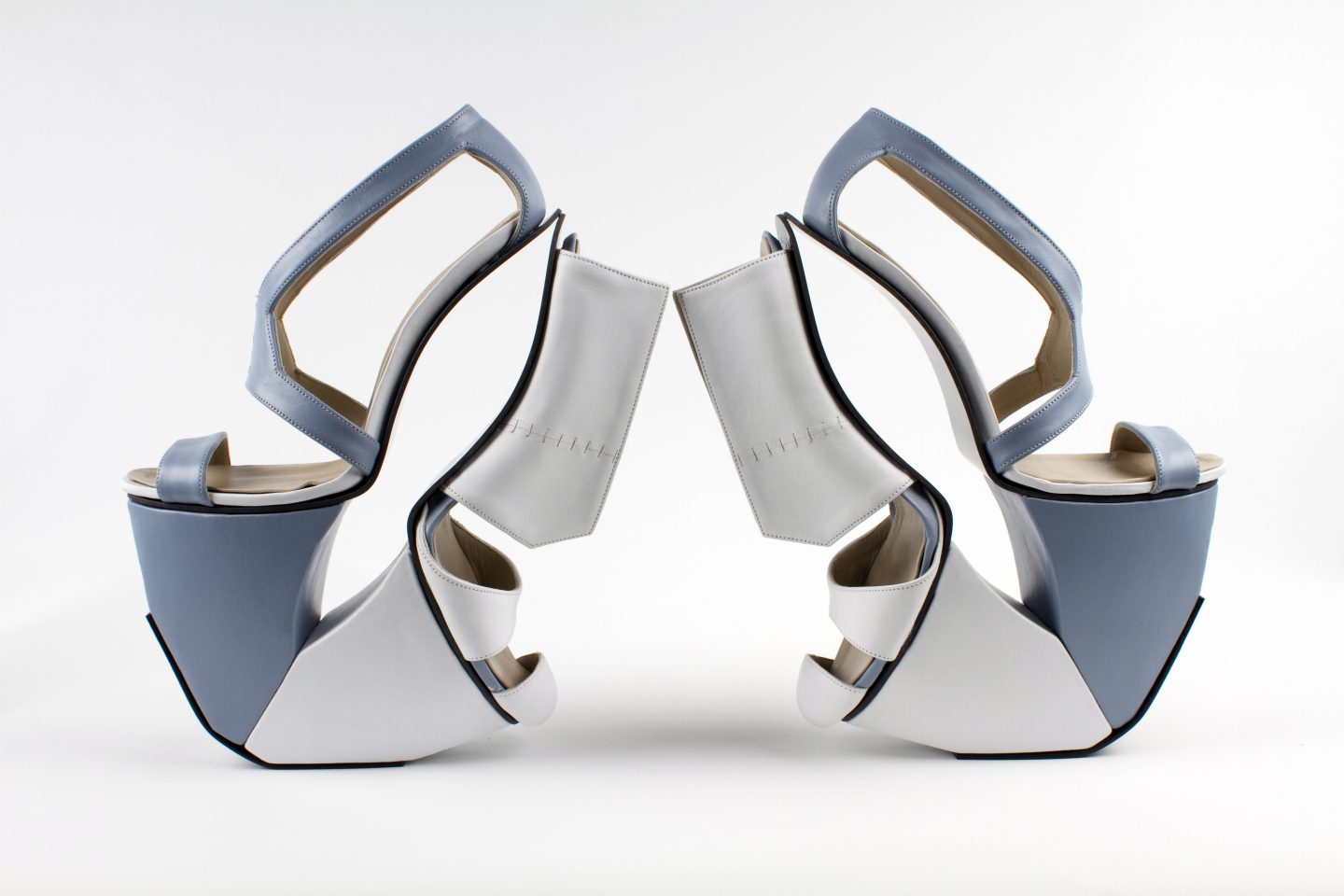 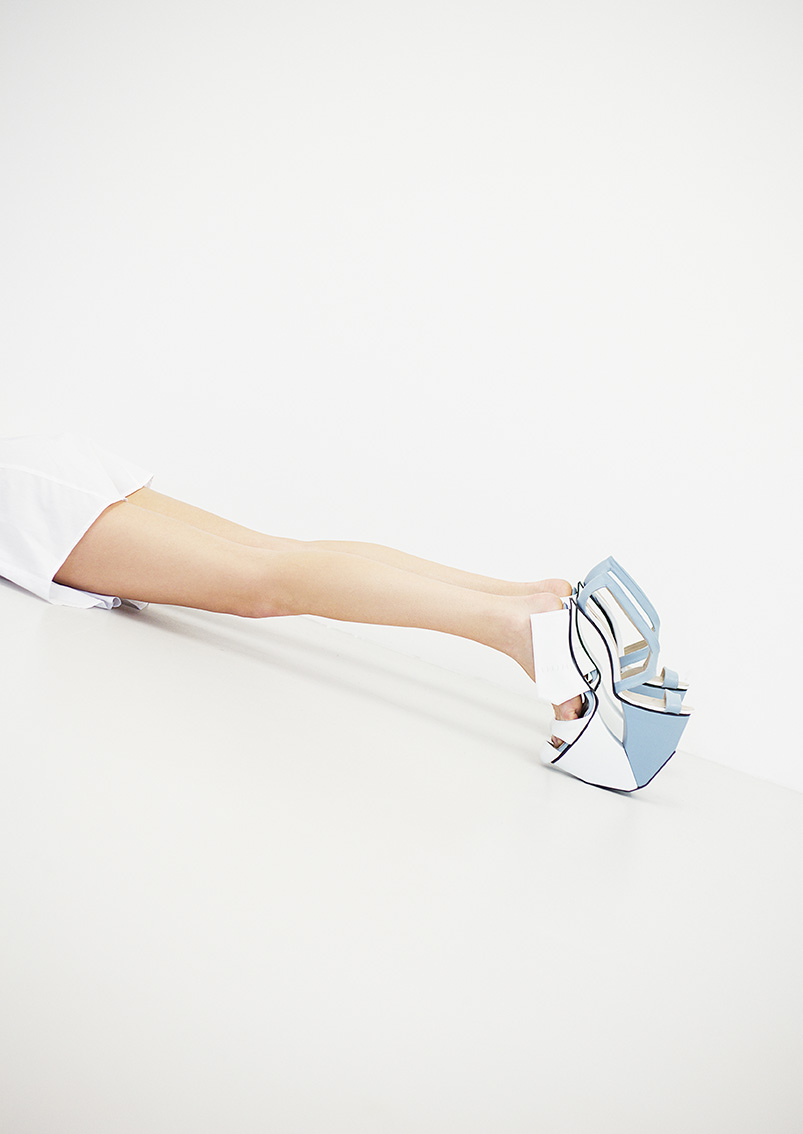 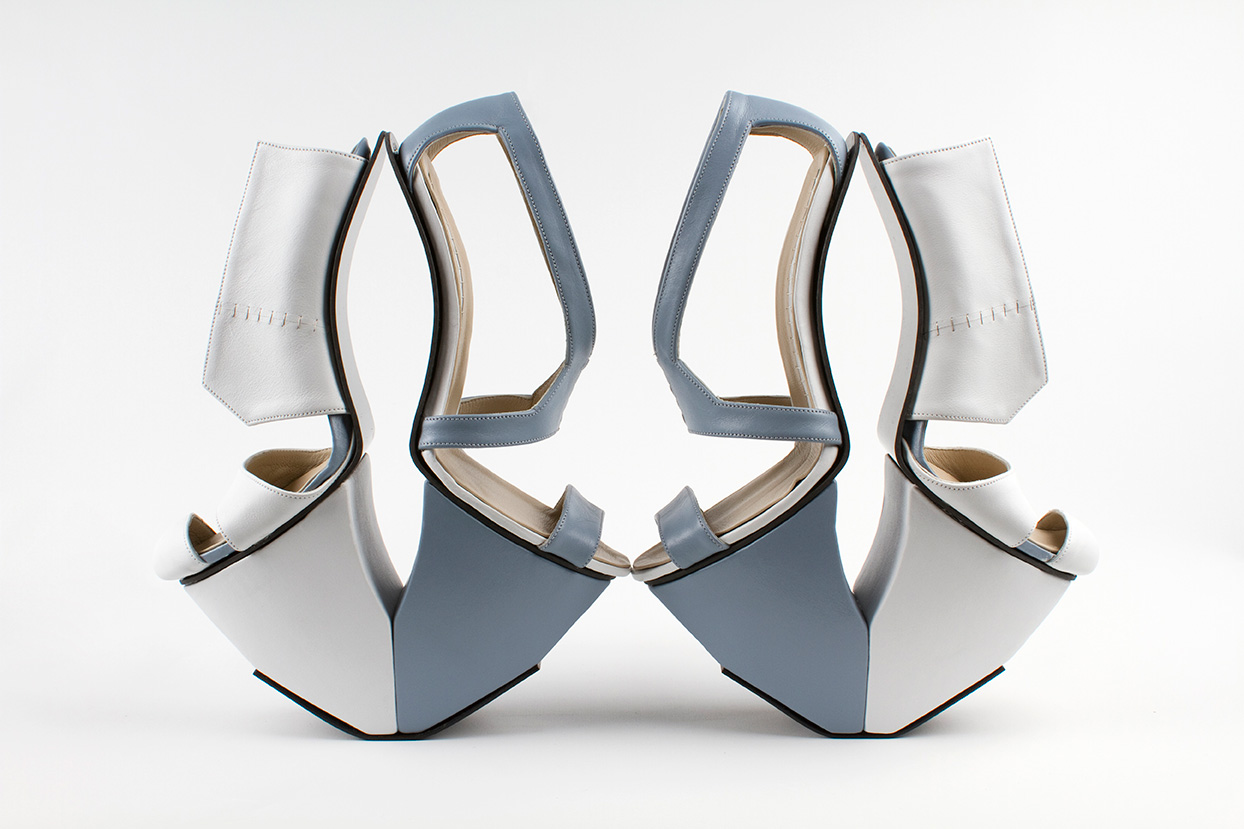 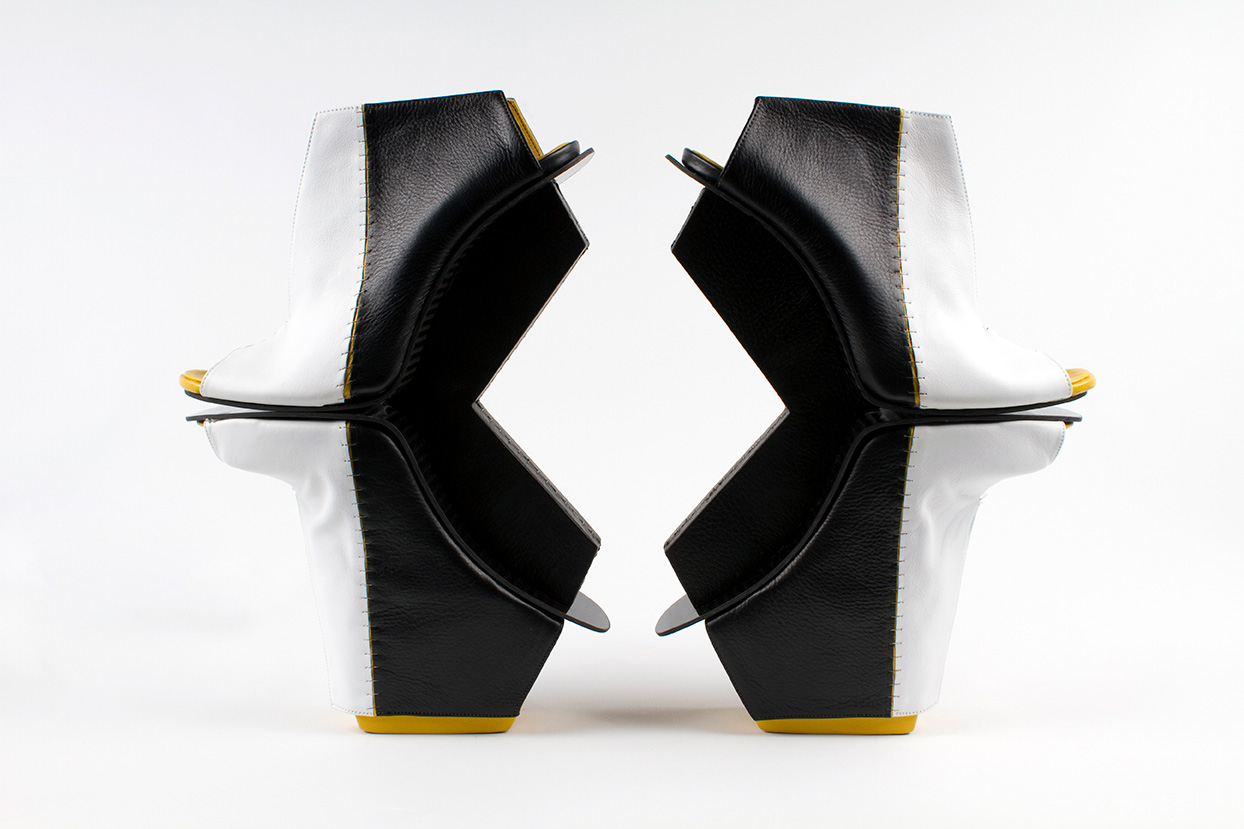 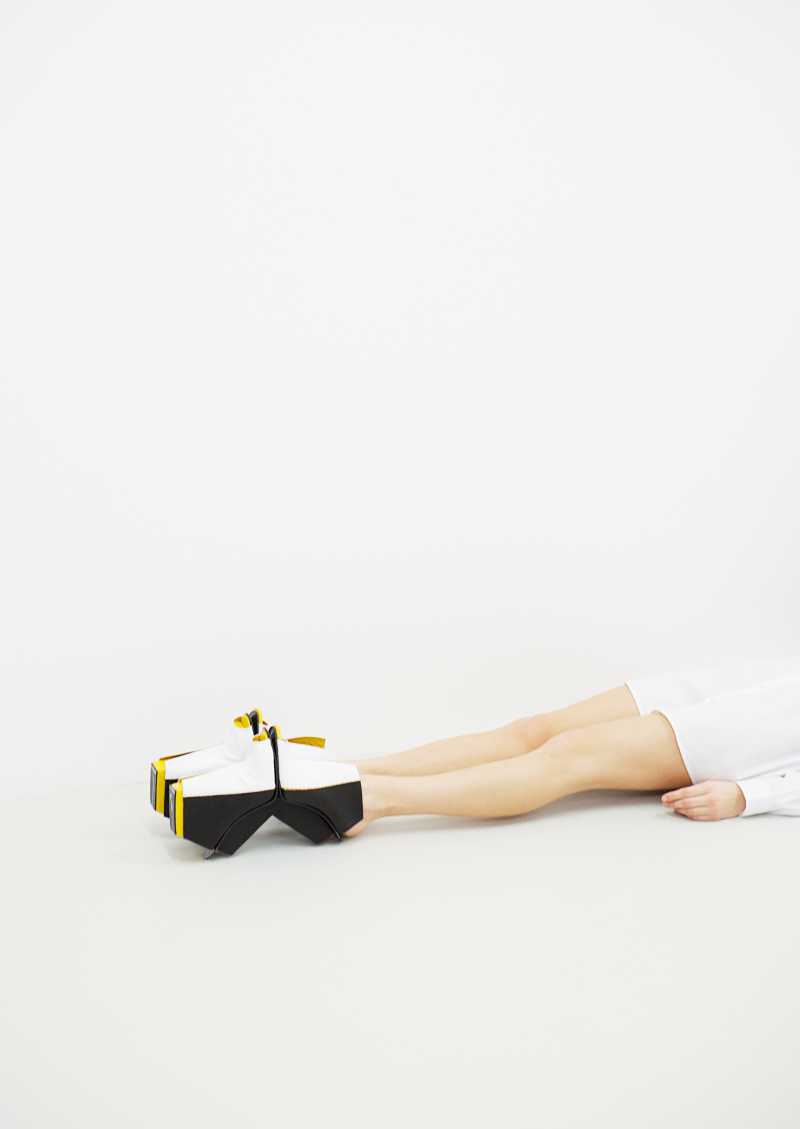 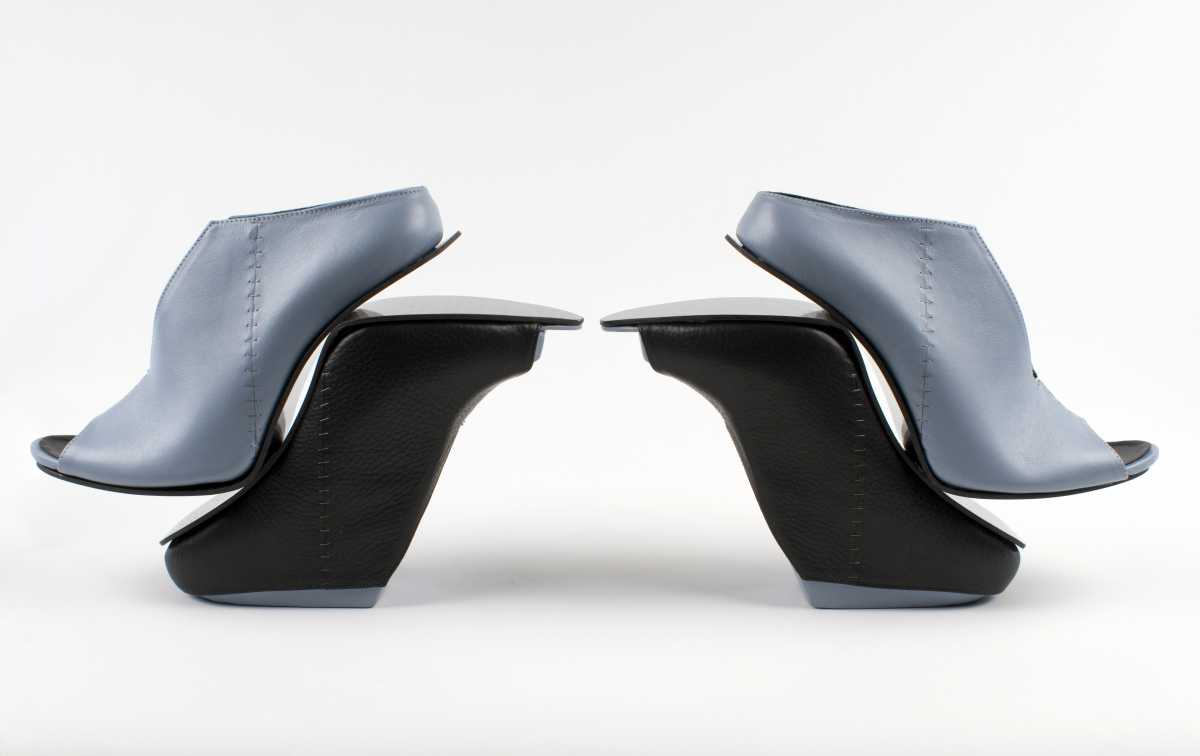 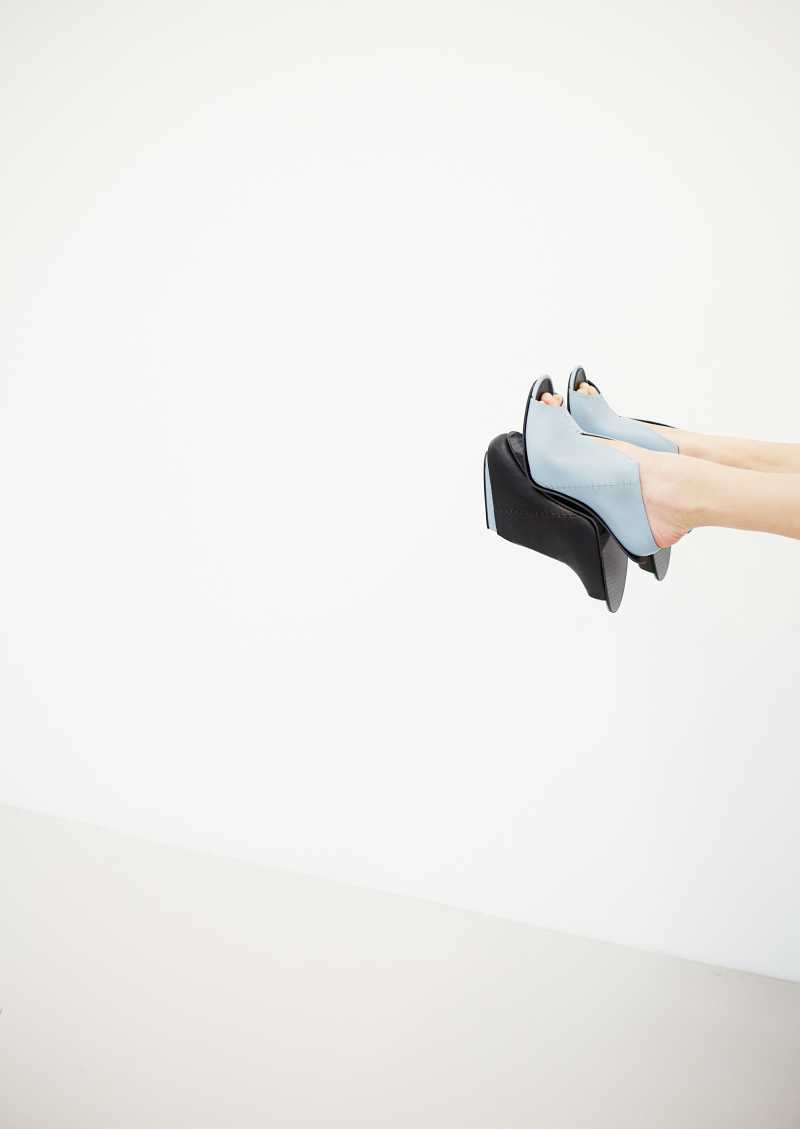 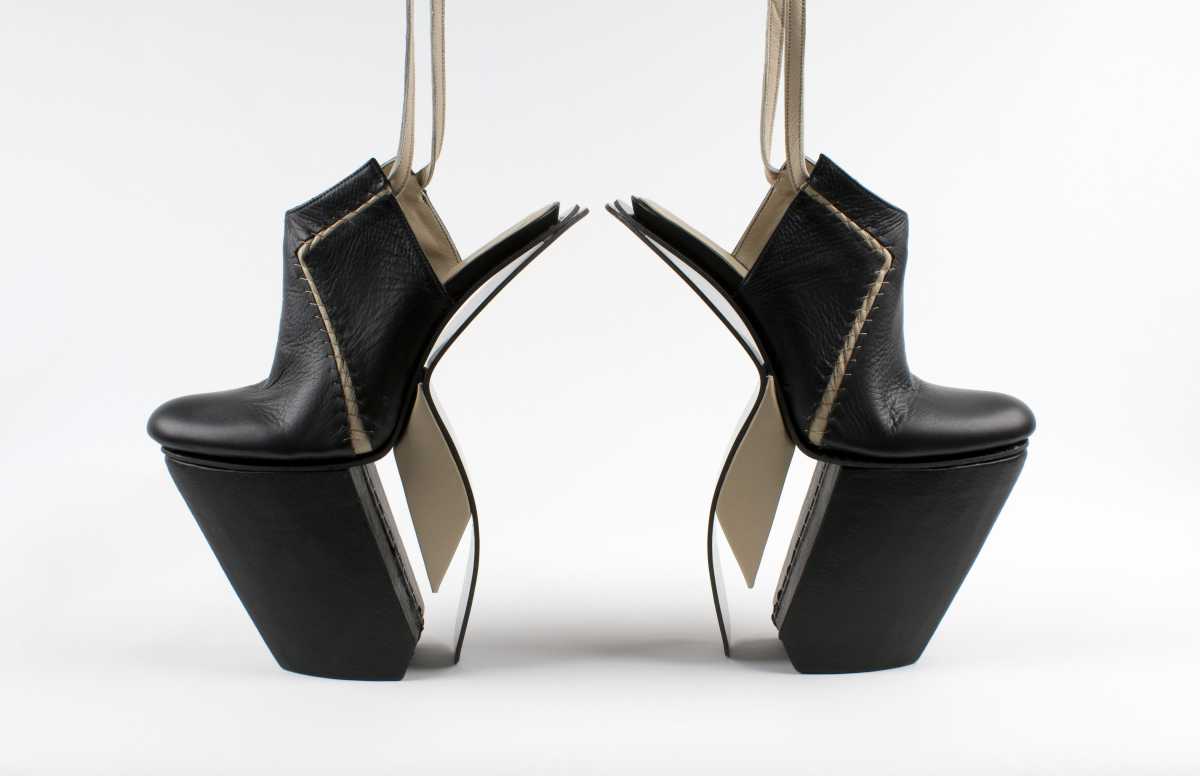 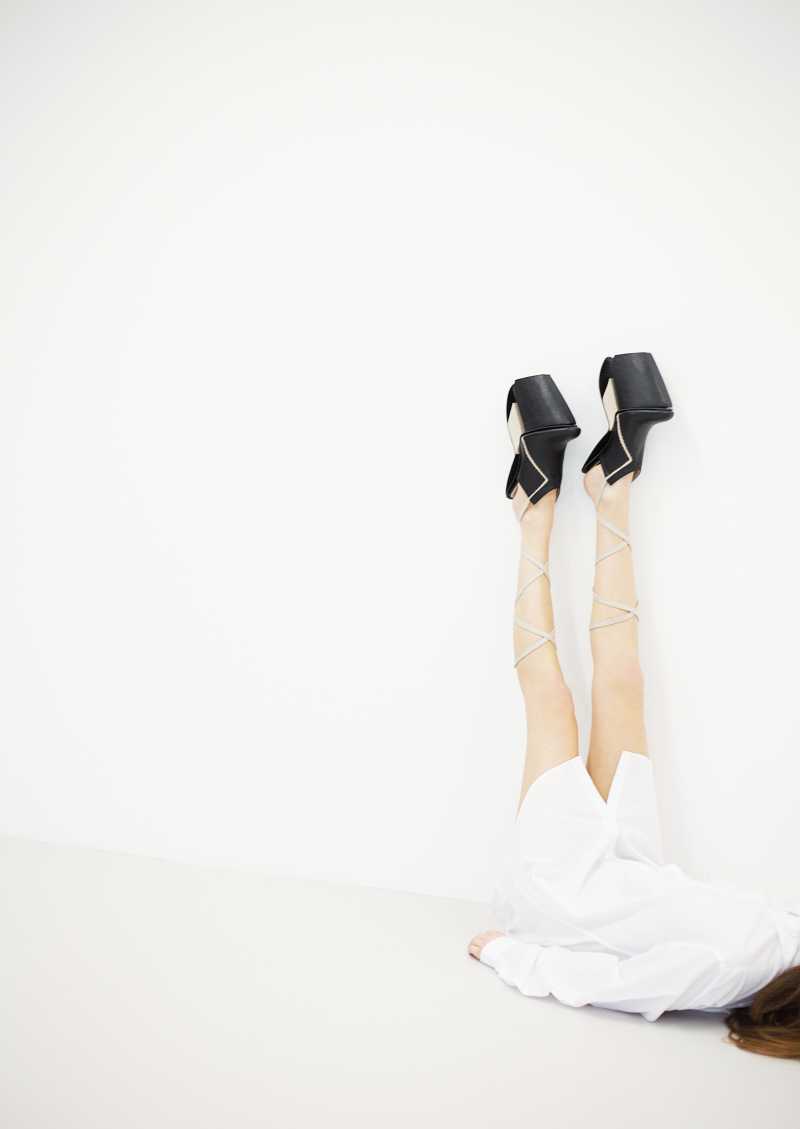 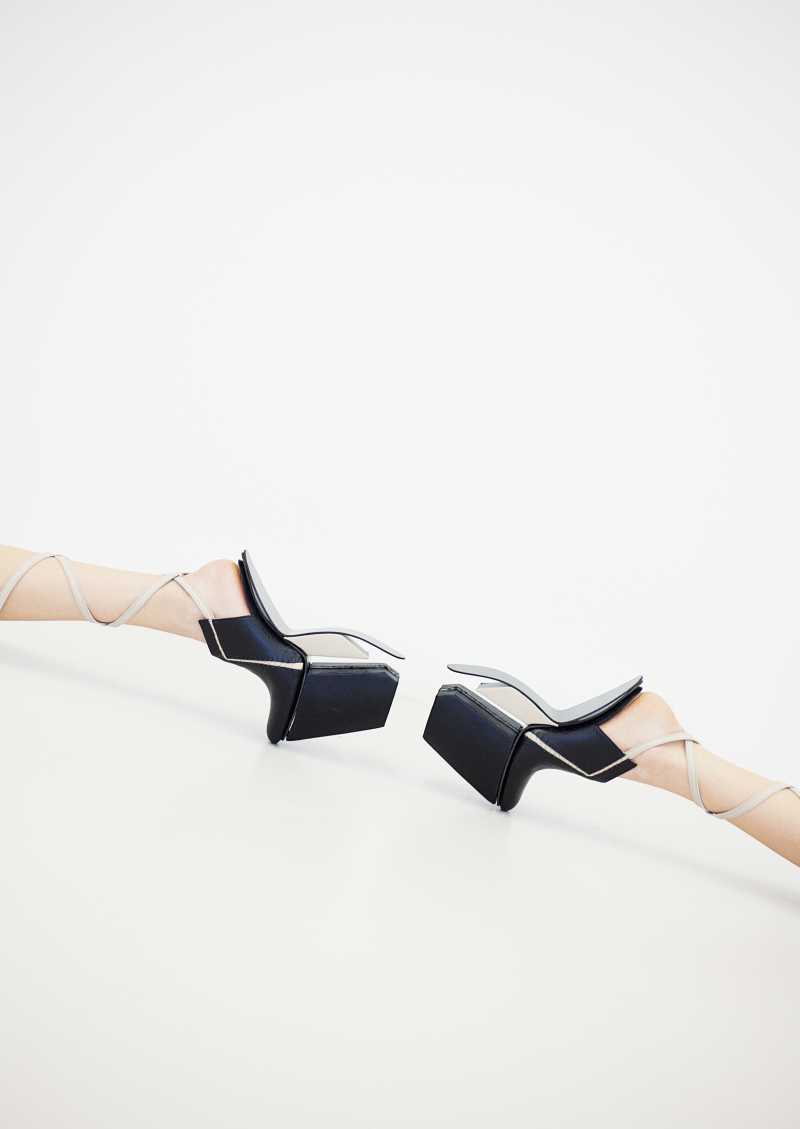 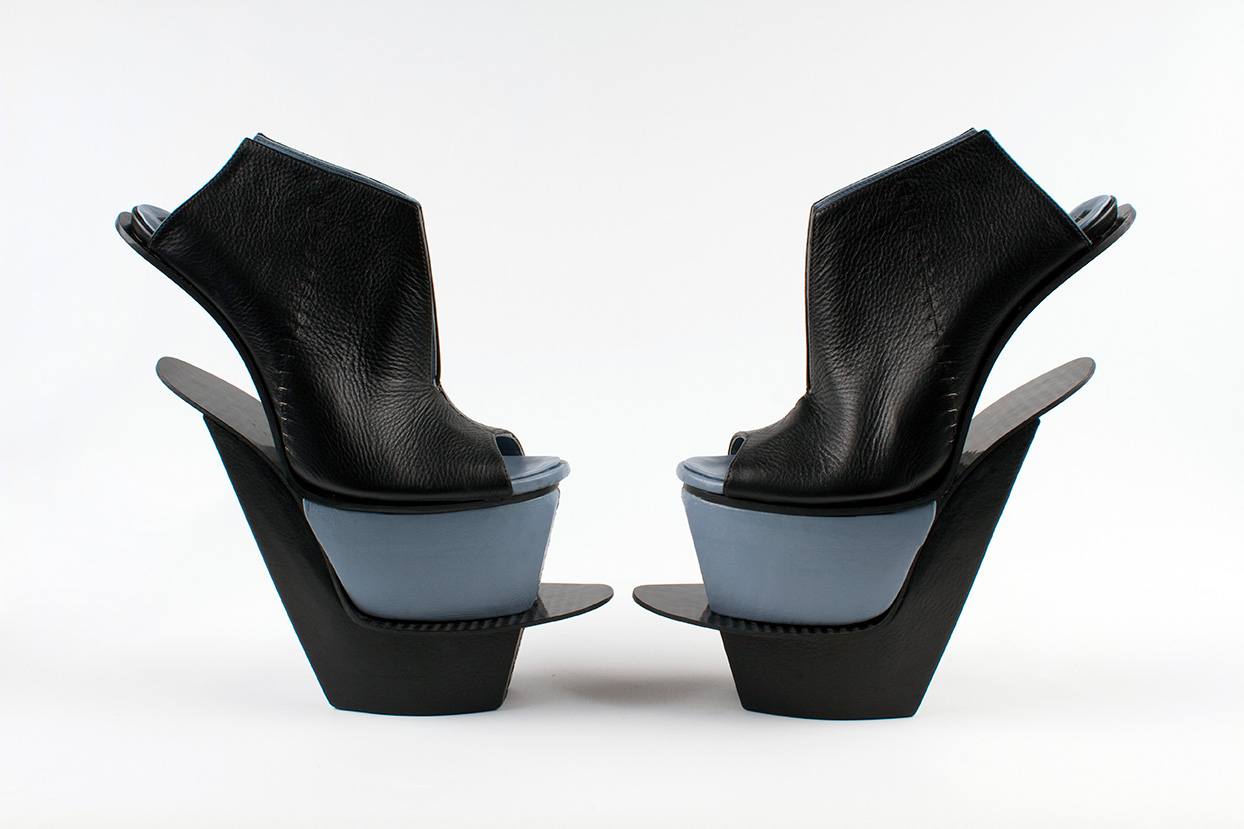 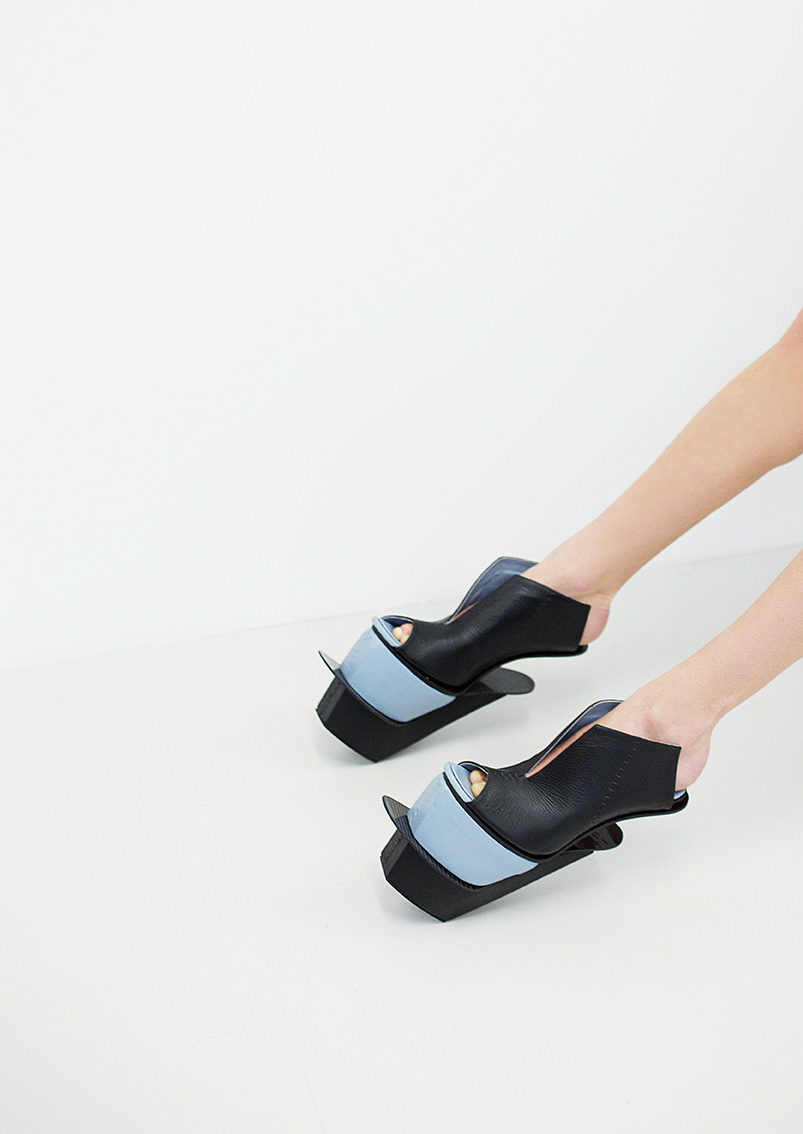 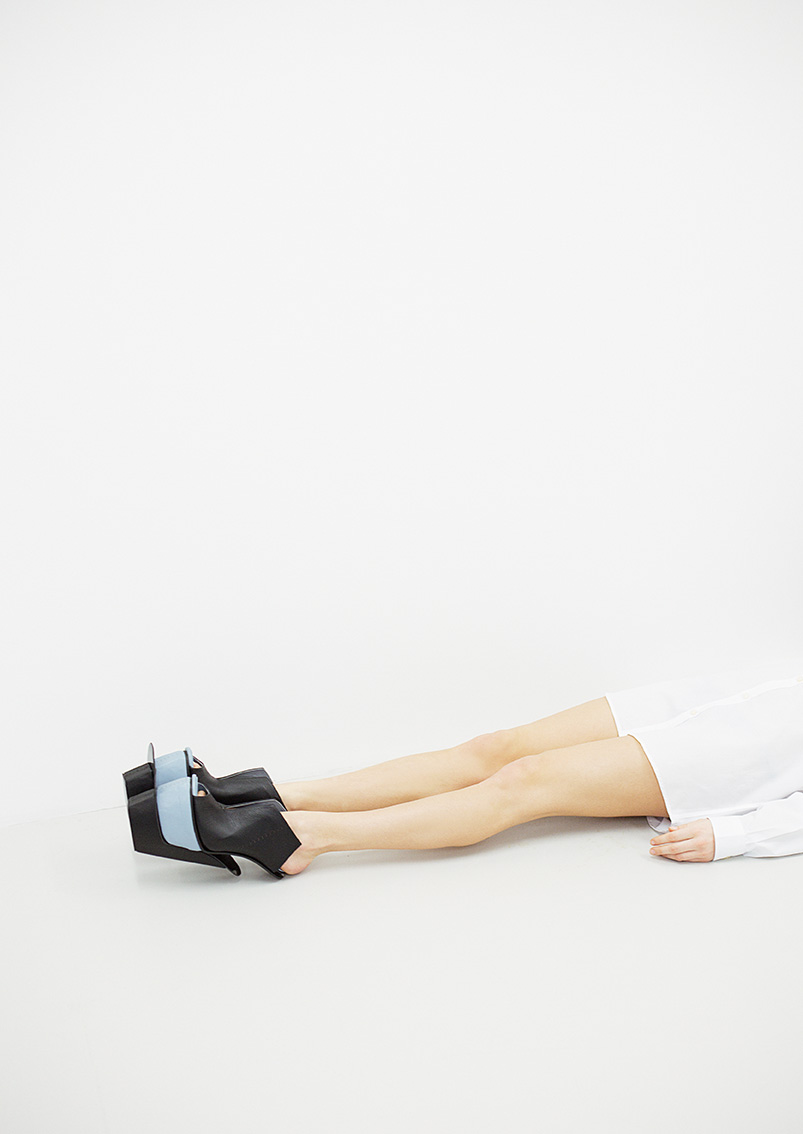 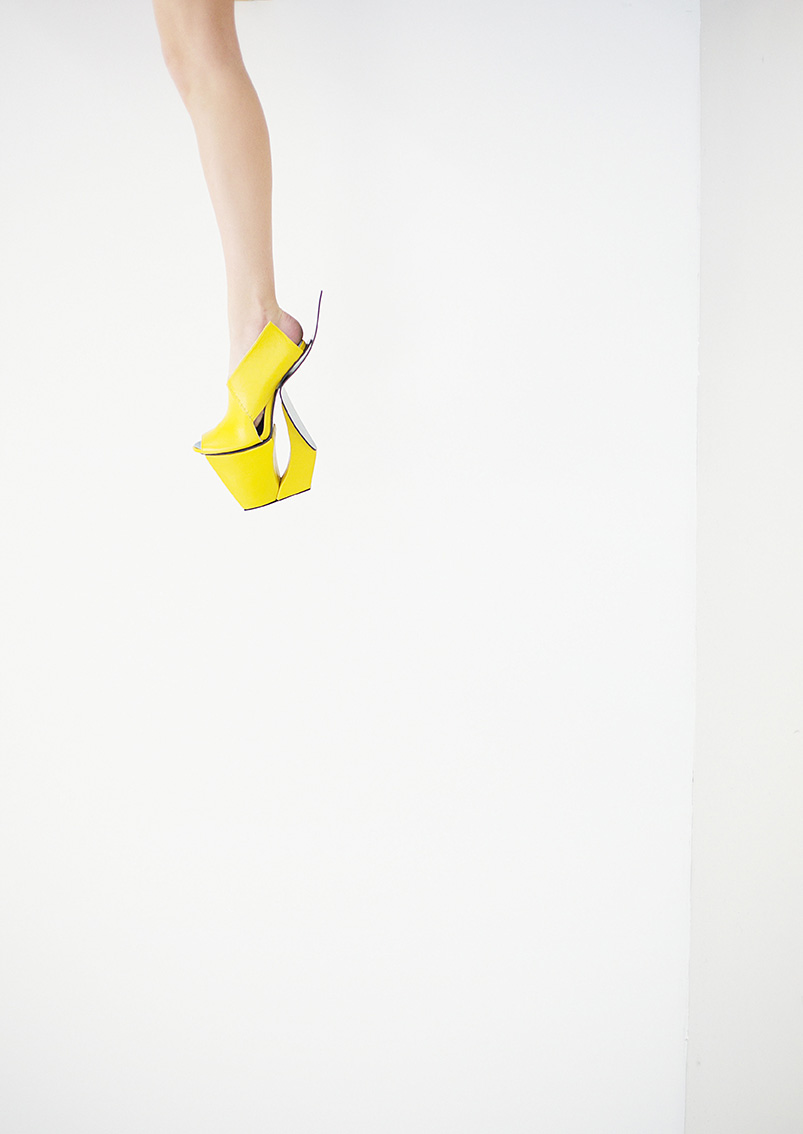 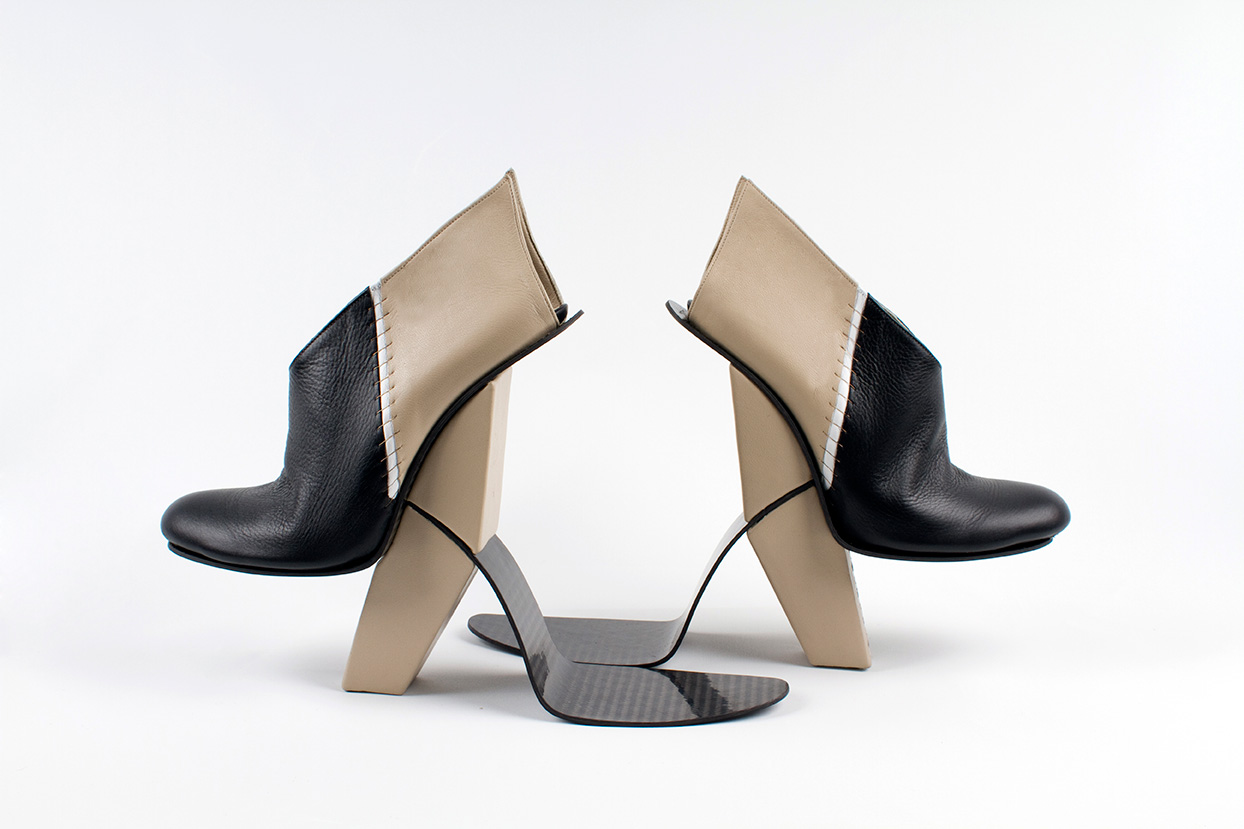 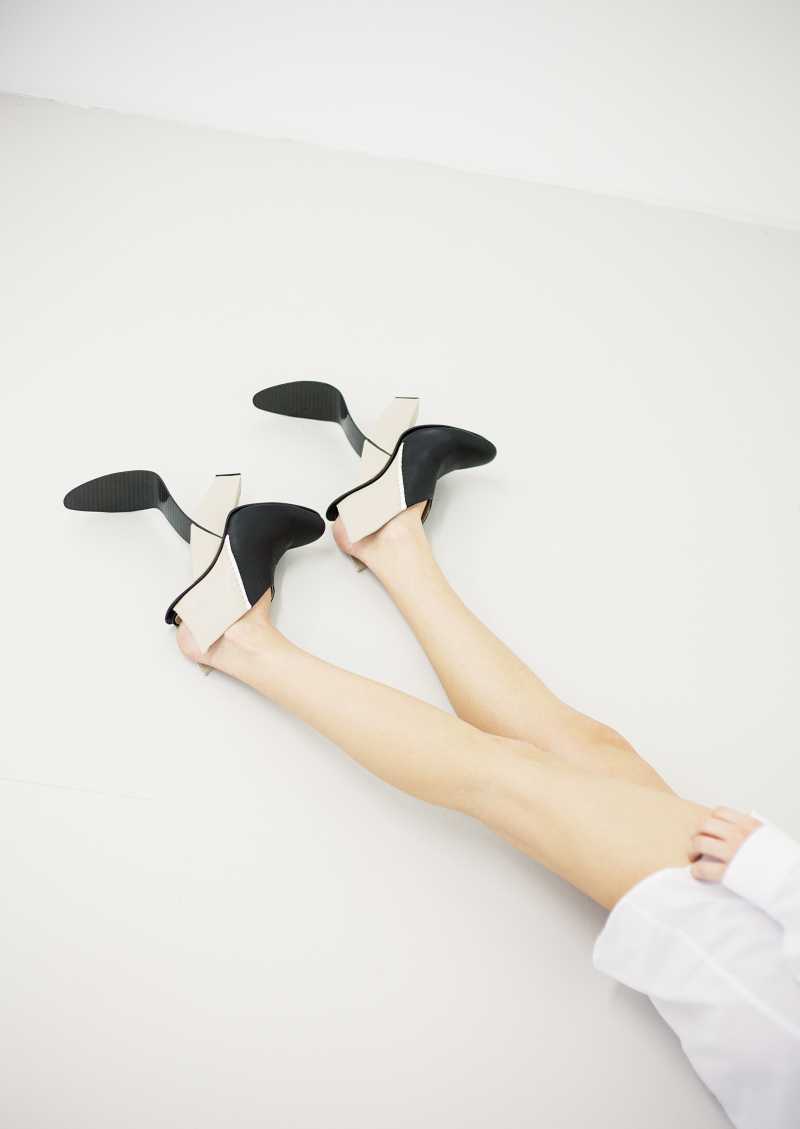 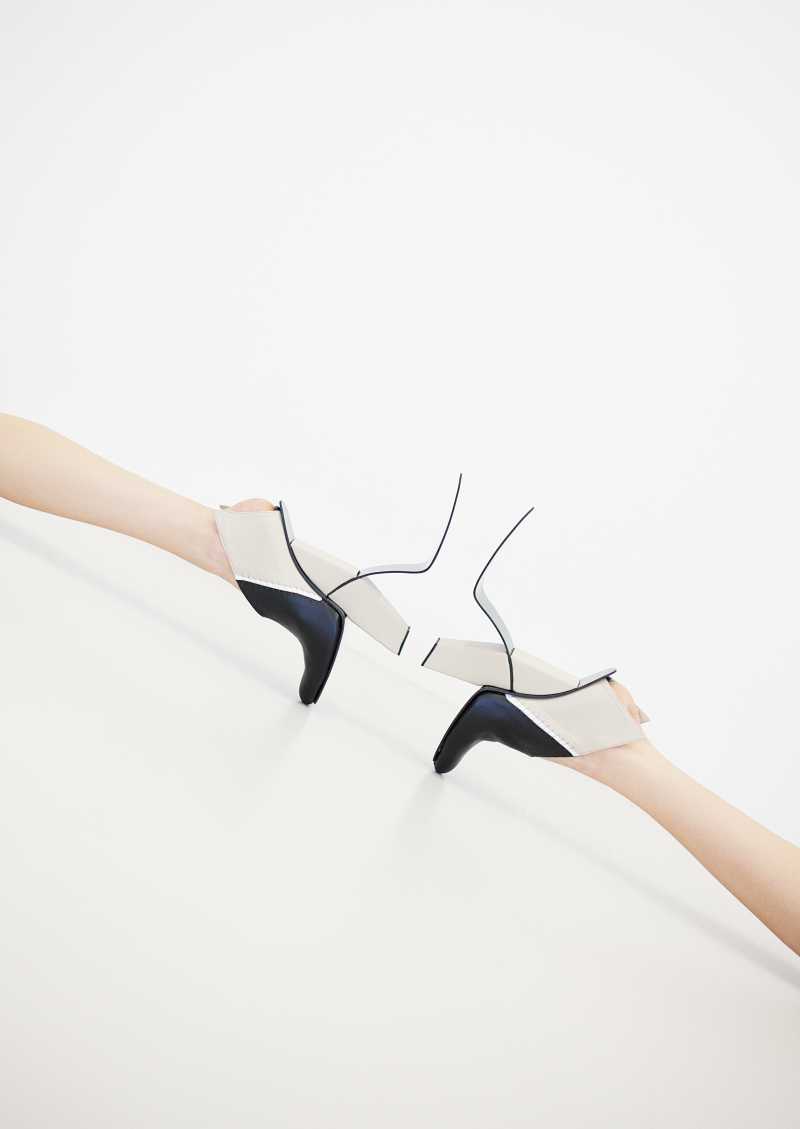