Not so much a study in contradictions and opposites, this collection, entitled (UN)COVER is a representation of two sides of the same coin. The policing of women’s bodies and the control that women face in regards to sexuality both come in to play in Carolin Holzhuber’s latest pieces. The commonplace phrase “less is more” therefore works for either representation of culture where the revealing of less skin can be interpreted as a combat against the hyper-sexualization of wo-men, while less coverage is at times a form of rebellion in modern feminism.

In that effortless way in which Carolin has become so expert, she is able to make us understand her inspiration on multiple levels by being able to see very clearly what drives her design aes-thetic. (Un)COVER comments on a tense political climate and global issue, which now more than ever has come to the forefront of popular culture. Carolin offers us what so many women vocalize they feel they do not have: a choice in how they wish to be represented and understood.

With pieces that are inspired by women clothed in burkas alongside pieces reminiscent of bare flesh through strategically placed straps and soft Nappa, calf, and patent leathers, Carolin’s collec-tion appears to give the option of either being daring or modest. Creative details of the footwear are expressed through the use of her uncompromising quality of leathers and aluminum in order to make these clever statements. All are placed on intricately architectural heels which allows us to understand that regardless of whether covered or exposed, the act of wearing these shoes can only be done by those who are fierce enough in their convictions to do so. 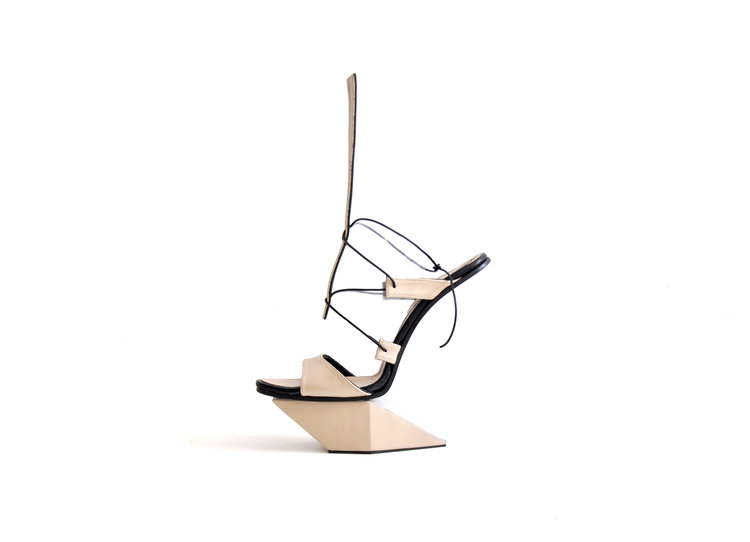 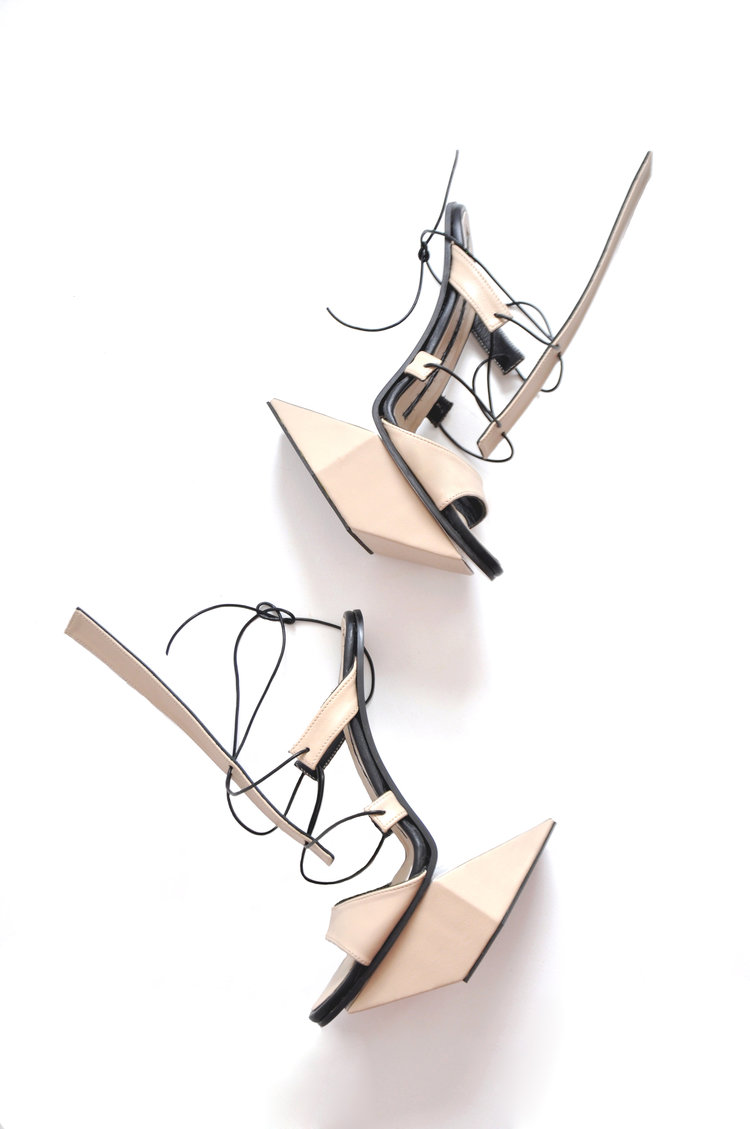 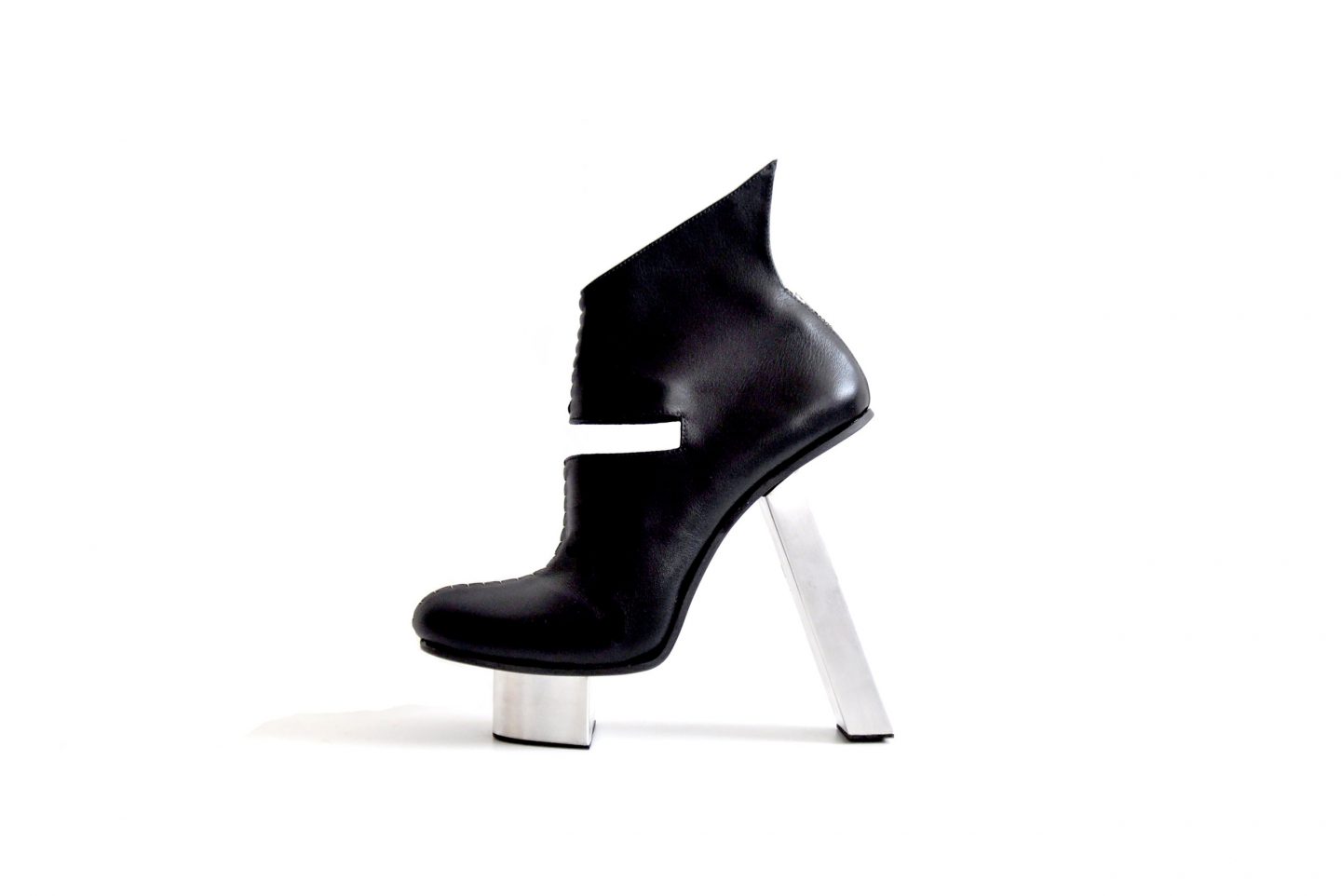